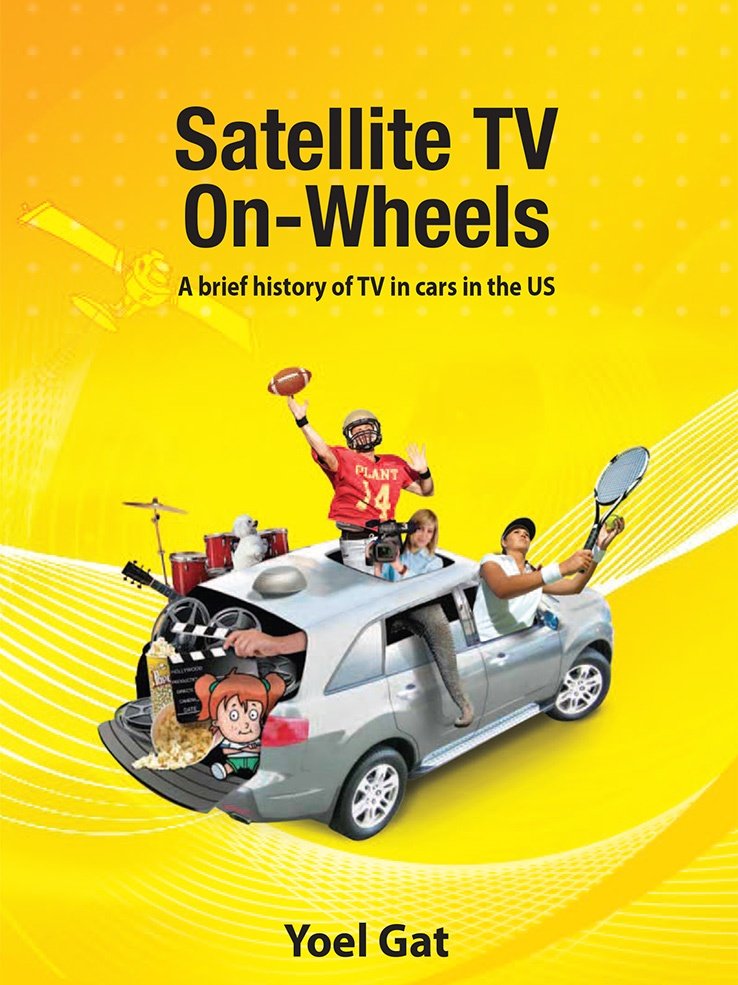 
Ten companies attacked the Car TV market in the US in the last ten years. Six of them made it to the market. KVH, Sirius Satellite Radio, RaySat, Qualcomm MediaFLO, AT&T & ICO. Each company brought its own ideas about the technology, Go-To-Market strategy and price offerings.

Yoel Gat was responsible for two of those attempts, and was a passionate observer at the others. This is their story Now, at the dawn of the age of Ka band satellites those lessons could prove to be very beneficial in launching such services in other world markets.

Satellite TV on-Wheels is also a fascinating story about the magic of launching innovative consumer products. It is not a business book. It is a real-life business thriller, about the roller-coaster of building new technologies, companies & categories.

Founder, Chairman and CEO of RaySat 2003-2009. Since 2007, he also assumed the role of Chairman and CEO of RaySat Broadcasting Corporation, the company that provided the AT&T CruiseCastsm service. In 2011, Yoel founded SatixFy Limited, a Hong Kong based fabless semiconductors company that designs and markets an ASIC based SoC (System on Chip) for broadband satellite communication.

If success is intoxicating, as they say, I think that’s what I felt on that fateful day, June 2, 2009, standing on the balcony of our office building in Sophia, Bulgaria. I knew that in a few minutes I would go downstairs, gather the employees in the main hall and together we would launch our new service. We were no longer alone in the battlefield. With a giant company backing us up, that day was a symbol of great change. Fights, hopes, dreams, creativity, blood, and tens of thousands of emails sent around the world would come to their conclusion once we announced our new service.

Or perhaps that would only mark the beginning?

Less than two hours before, I had the pleasure to read an email sent to me by Jim Croley, the executive officer in charge of our project at the business development department at AT&T: “This is a momentous day,” he wrote. “It’s an uncommon event in one’s working life when so much hard work culminates in the first day of a new product launch. I hope you take a moment to recognize what a significant accomplishment this is, and what a great job you all have done.”

I went down to the main hall. All of the company’s employees, about one hundred people, were sitting there, waiting for a conference call with about a hundred other people. We all looked to Winston, our representative president who was responsible for our U.S. activities. Dozens of employees from our company and from the communications giant AT&T were listening to him.

Winston sang our praises. “This is a great moment,” he began. “After several years of heroic effort, today we launch our vehicle television service, AT&T CruiseCast, across the United States. From now on, any person in the U.S. can visit a distributor near him or her, buy a small antenna the size of a bicycle helmet and a set top box that will allow reception of twenty-four television channels while driving: children’s, news, sports, and entertainment.”

Winston made room for Mike Grannan, our COO, who also congratulated us and then passed the torch to me, the man who worked six years to bring us to this moment, has motivated us and led us, and whom we will all follow, as he said.

All eyes were on me. I spoke slowly, quietly, emphasizing each sentence. I had a lot of experience in these kinds of events—launches, announcements, motivational speeches—and still, I was nervous. I opened with the not-so-great news. A few words on the financial crisis we were in, the crisis in the American automobile market—“For those of you who haven’t heard,” I raised my voice a little to make my point, “GM went bankrupt yesterday.” Then I took a breath. Complete silence. The only sounds were the static on the line. “The previous global economic crisis took place in the 1930s. Apparently in those days there was a very famous company that began selling automobile entertainment sets.”

I paused. “Does anyone know what I’m talking about?”

“In 1933 Motorola presented the AM car radio. In the midst of the Depression. The radio was a huge success, and Motorola is therefore our role model.”

Wild applause cut me off. I waited for the room to quiet down and continued. “Seven companies have tried to kick-start the car-TV market. They all failed, each for its own reason. There are other companies trying to penetrate this market. Why should we be successful where so many have failed?”

The room was quiet. I took a breath: “Because our product is unique, our price is right, and we have AT&T on our side. We’ve built a strong, technical, sales-oriented company. If we execute well and push forward, nothing will stop us.”

I was done. I sat down to the sound roaring applause. Wine was poured and T-shirts reading “Launched! AT&T CruiseCast, June 1, 2009” were handed out. Everyone also received thermoses with the company logo—a sign that many people will lose a lot of sleep in the near future. I felt the amazing excitement and the positive energy in the air. These people, and hundreds of others, put in heroic efforts to make this day happen. Shouts, hugs, emotions. I tried to hide the tears in my eyes.

Some moments have magic…