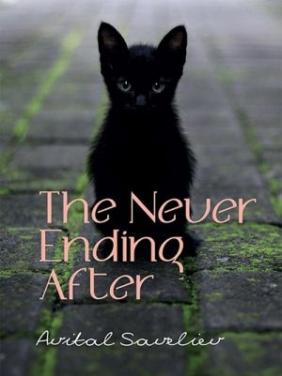 The never ending after

“Purple marches the day before

Not much is grasped in the present

Just enough to hiss and tell

The story of the unfinished tale”

A collection of poems and short stories written by me over a period of a few years. Coping with depression, I found that writing gave me a way to express feelings, thoughts and emotions that are sometimes difficult to put in spoken words. Some people may experience a downfall on occasion, but for those battling depression, it’s a daily walk through pits and falls. I invite you to explore life’s paths, together with the soul and spirit of a human being.

A little donkey had some bad luck

He couldn‘t tie his shoes with his trunk

He tried and tried, and constantly fell

Prayed for a miracle, but to no avail

He was frustrated and sad

He wanted to be special in clad

He didn‘t want to be unofficial

He wanted a job as Squalls’ practitioner

He loved old Squalls so much

And wanted to help him be Dutch

For wooden shoes were his love

But how can a naked donkey register

To the Ministry of Doves?

All this nonsense of rule-abiding

Left him depressed and made him feel like a fool

Why can‘t he help his friend be free,

When he doesn‘t have an education, nor a degree?

He roamed the entire animal kingdom

When his depression became known

There, heard him the wisdom owl

And wanted to meet with this poor homeless

The owl had begun with a suggestion

Why wouldn‘t the donkey start with a question?

The donkey there laid, his heart‘s misfortune

And the owl listened and nodded with intention

Then the owl, the wisest of them all, said

Why don‘t you come to his aid?

With your own skills at bay

By begging something of a different sway

Then he explained his meaning

He gave an example from fishing

The fish is caught due to wanting of worm

Although many times they have been warned

They don‘t decipher their next move

They are pretty oblivious, as dogs

Donkeys are even stupider than that.

What are you? Oh, my mistake

The donkey felt bad, but thought

Maybe this jerk is right

For wanting can be misleading

And driving you away from the beginning

He realized what he had to do

He would find him something he loved better

And give it to him with a letter

He pondered more about the subject

And suddenly his mind had to interject

Why don‘t you give him something that lasts

Something as pure as chicken dust

This revelation made his ears prick up

For chicken dust was a real heart pump

It helped cure and feel better

Now all that was left was the letter

He came to old Squalls and gave him his gift

And even a tear, he was able to see

Then he opened the letter and it said

From roaming in agony to the treasure in all the land

For this is you, old Squalls, my friend

With a shiny aura which spreads like the stars

From the softest of big hearts

To you this chicken dust

For wood may not last

But health and good times are a treasure

That brings joy by your calming composure

May you always bless me with your being

For you, a donkey, thanks to you, found a meaning