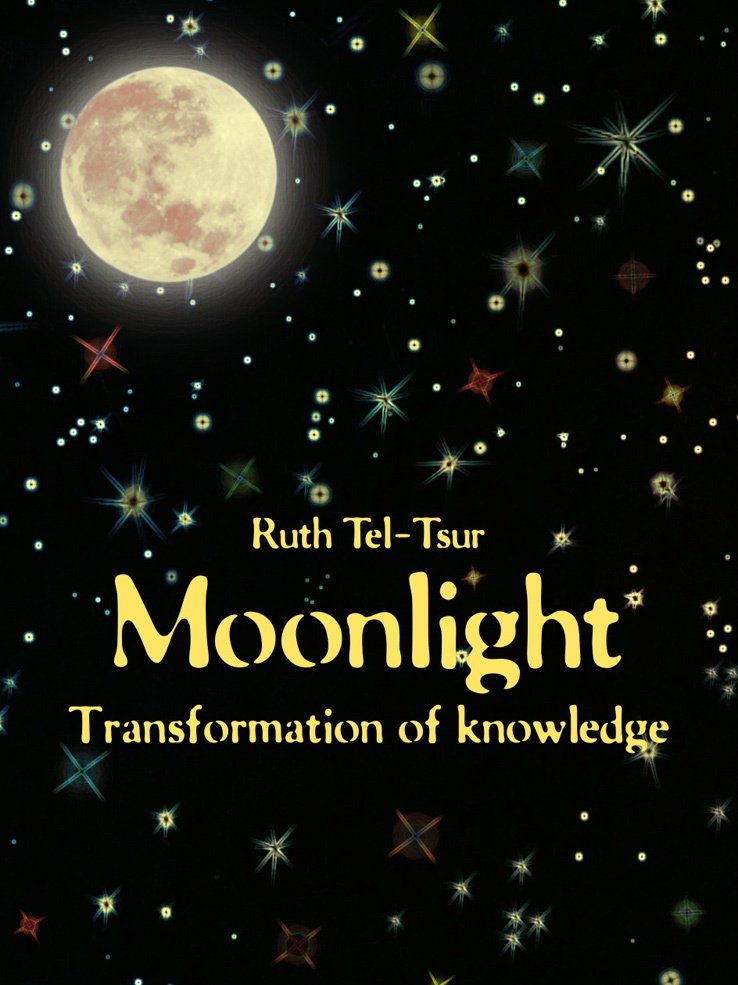 This special book combines insight with pleasure. It will help you live a happier and healthier life. Although the content is serious, it is enjoyable and easy to read. It is also a wonderful gift for someone you love, and suitable for every occasion.

This special book combines insight with pleasure. It will help you live a happier and healthier life. Although the content […]

As a curious little girl, I always wanted to reach the edge of the world. I wanted to stand there carefully on my tiptoes to see what was beyond. Over time, I realized that our world does not have an edge, that the world is round. This ended my childhood dream, and I archived it.

When I was told that the world was round, and it spun around endlessly, together with us, I concluded that we were sometimes upside-down, and sometimes right-side-up. But I couldn’t figure out how we didn’t feel upside-down, how we didn’t fall off and how the oceans didn’t spill out. It was explained to me that there is a “magnetism” called gravity, that we are magnetized to the Earth, and thus don’t float around in space. But I wondered, how are we magnetized if we don’t have iron in the soles of our feet?

I assume I was given all kinds of explanations that I’ve never managed to internalize, and until this day, I still don’t know what revolves around what: the sun, the moon, the stars, the Earth…

I also know that the Earth is only zero point zero, zero, zero something of the entire universe, meaning that we are not as big and important as I once thought.

Since I don’t understand anything about the Earth and the Universe, I have removed the burden of holding any responsibility towards them, and only “use” them as I use my washing machine, air conditioner, dishwasher, computer, and other technological appliances; if something goes wrong, I trust the technicians implicitly.

As for the Universe, I’m not sure I’m right, but it seems that there is no technician who can fix any of it, which isn’t surprising, as it is easier to fix a washing machine than a volcano. In my opinion, there is little difference between the two; I don’t know how to fix either one.

Fortunately, my ignorance does not deter me from enjoying the wonders of technology, and to my credit, I know which way to turn the faucet in order to get running water. And if the Creator had to say, “Let there be light” to get light, all I have to do is flick on a switch. We don’t have to be God in order to have a little comfort; we just have to pay our bills on time.

Sometimes I have a silly thought that if the whole world were destroyed and only I survived, I wouldn’t even be able to reconstruct a pro-mil of all the fantastic technological knowledge that I take for granted. As they say – ignorance is bliss.

In a hypothetical status in which I am alone in the world, I see myself simply sitting by the shore scribbling words and doodling with a stick until Robinson Crusoe comes along and starts building everything from scratch. I will help him of course. I will hand him the nails (just as I used to do with my dad, who knew how to fix everything). I will also make us both a salad, clean the cave and decorate it with wild flowers, while in the meantime, Robinson and Friday (who will have joined us by then) will build a new world, and I will make it nice and it will take as long as it takes, until everything is restored as if nothing had gone awry.

Since the Earth and the Universe are off my professional agenda, as well as technology and the exact sciences, I am left with the inexact sciences, despite the inexactness of their being called “sciences” – the humanities and social sciences – that were invented especially for people like me – which brings me to another childhood memory.

Since I was a small child, I was aware that there was a great deal of pain and suffering in the world and I looked for ways to help people. I thought, for instance, that if I was a good girl, and I cleaned my parents’ room on the kibbutz now and again, they would be happy. Or if it was raining, and I ran to bring galoshes to the grieving mother who was walking along the Jordan River on her way to visit her son’s graveside – she would be consoled. And many other futile attempts to fix what seemed to me like the Creator’s mishaps.

When I began to study the stories of creation in Genesis, I was stunned by the injustices that were described. I couldn’t understand how the teacher and my classmates related to those stories so complacently. For example? Hagar and Ishmael’s banishment, for which we are paying the price until today; the command to sacrifice Isaac; intimate relations that are described steno-graphically with words like “and she conceived, and bore a son”.

When I asked about this, I received unsatisfying replies. I perceived the Biblical God as demanding, capricious, angry, vengeful – one not to be reckoned with.

As I matured and gained experience, I became less and less enthused with His clones, and with the world He created for them – for us. He had a number of fiascoes, some of which He himself admitted to and even destroyed with the wave of a hand, successions of entire creations that didn’t seem fit to Him: The Flood, the Tower of Babel, Sodom and Gomorra… the tsunamis of the present.

My own world was also destroyed a number of times; one among others was when I was widowed. My husband was a paratrooper commanding officer; his life ended when his vehicle hit a land mine in Sinai. During that exact same time, I was diagnosed with cancer, thus my own possible death became evident and gave me a great deal of food for thought.

Throughout my life, I experienced other difficulties, but I also experienced positive and happy moments as well. Overall, I maintained a steady joie de vivre that co-existed peacefully with the sorrow and huge question marks.